Almanza 3 Peats at the Revenge. 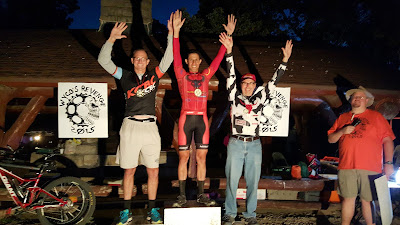 The 4th Annual Wyco's Revenge was held this past weekend.  Near perfect weather and course conditions greeted the participants for this years event.   Cliff Jones and his crew put on the event this year to help raise money for trails.   In addition to the MTB race a chili competition was held.

Result boards are below (still waiting for the online version). 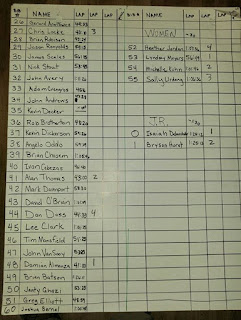 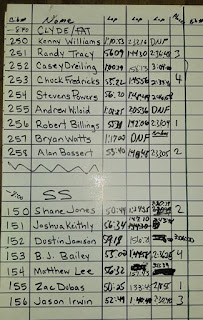 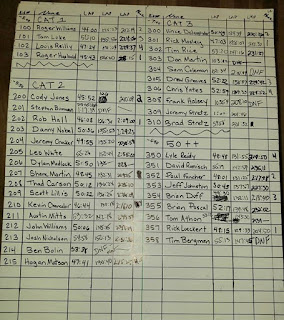 Cow Town members were out in force.  Our own Damian Almanza made it three in a row taking the win in the Spirit division. 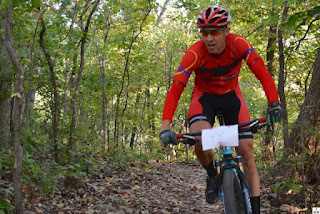 Gerard Arantowics looked good in his new jersey in route to a 11th place in the stacked Spirit Open class. 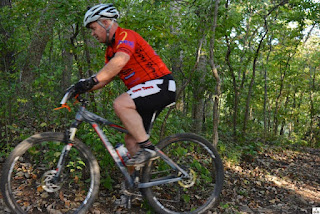 Chris "Ole Man" Locke was chased hard by his nephew Adam Cvengros for most of the event until "experience" won out on this occasion.  Locke joined Amanza on the podium in 3rd place. 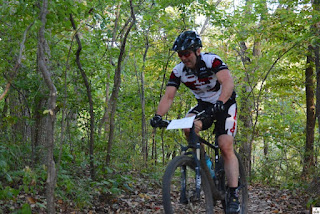 Don Martin had a slight mechanical and was only able to finish up 1 lap in the Cat 3 division. 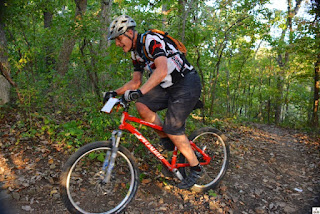 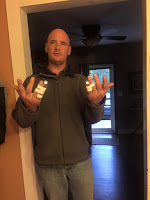 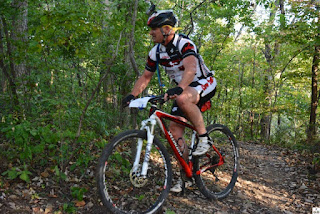 Shane Martin rode well and earned 5th place in the Men's Cat 2 division.  Below he is looking good cruising along during the night lap (Photo by Don Martin) 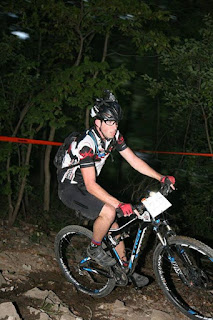 Wait, a crash and two broken fingers, and he still finished 6th? Awesome. Part of the thrill of MTB, right?