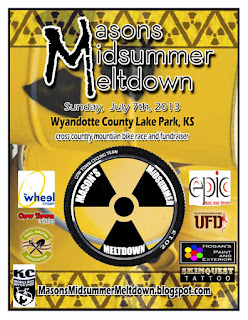 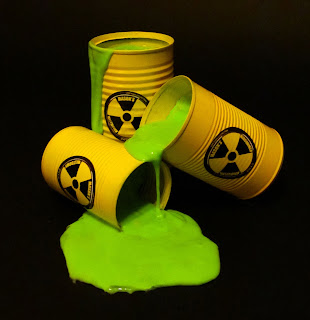 Some very cool awards are up grabs along with plenty of SWAG and prizes brought to by our fine sponsors.  Support those who support us: The Wheel Cyclery, Epic Bike and Sport, KC Mobile Bike Repair Shop, Hogans Paint, & Skin Quest Tattoo.

Complete info can be found at http://masonsmidsummermeltdown.blogspot.com

Congratulations to all who finished the Dirty Kanza  this year -both the 100 and 200 mile options.

Cow Town gravel master Tim Greene recaps his adventure below as he succefully completed his 2nd DK200 in a row.... 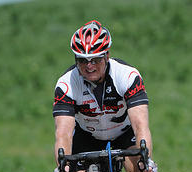 The DK 200 this year will be one for the books.  It was more like one of my Wind Howler rides with 135 miles of gravel into a 15 to 20+ mph headwind.  Add to that over 12,000 feet of climbing and you had a really physically punishing race.
The first leg was mostly South and East with wind at your back and pretty fast.  I was riding with Jason Phillips and we made the mistake of starting too far back and had to spend the better part of the first hour picking our way through the mass of slower riders.  Our thought was the roads were going to be wet and muddy and we would let the mass of riders pack the mud to conserve energy.  Boy were we wrong.  The gravel was dry and our plan went down the tubes and forced us to work harder to get back where we needed to be.   Another mistake I made was following Jason across a river on the bike instead of carrying it like everyone else.  By the last leg my bottom bracket was creaking so bad it became annoying.  Overall first leg gave us hopes of beating the sunset.  At the first check we refueled and headed out into the wind for the remaining 3 legs.
For leg 2 Jason was having trouble digesting his food from the first stop and fell behind.  That left me alone to deal with wind.  I jumped from group to group as the opportunities presented themselves, but I settled down and went into managing my effort and not worrying about speed.  Needless to say leg 2 took allot of effort out of me.  Hills we would roll down at high speed and roll up most of the following hill in the 2012 race were now pedal down the hill against the wind, then pedal the flat to the next hill and then pedal up again.  I ran into Craig at this stop and we took our time refueling.  I was was waiting to see how Jason was doing and Craig getting the energy up to push the single speed out again.  I would have never made it to Check 2 on a single speed, so hats off to all of those guys riding them and finsihing the race on them.  Jason rolled in just I was rolling out.  He was having enough trouble that he thought he was going to bail.

Leg 3 was me alone again.  This time the field had thinned, so really no pace lines, only individual riders.  We started east, but this was to gain elevation for the turn North.  The turn meant dealing with the wind.  By now I was getting minor cramps every hour or so.  I was following my nutrient, fluid, and salt intake plan so the cramps had to do with effort.  The good thing from this exercise was that I learned how to hammer for a bit to get them to go away.  This still ended up being a slow hard leg.  The paved road into Check 3 was fast and my legs seemed fine now and were no longer giving me cramps.

Once I got to the last checkpoint, I found out that Jason was on route and did not stop.  I also ran into Jeff helping SAG for the rest of the Lawrence crew.  He informed me of 25 more miles of wind and then fast 25 into Emporia.  My hand were raw and right foot developing a hot point so I was resolved to finish here and kick back and have a few beers with Jeff and Jason when he got in.   I refueled, changed and waited to see when Jason and Frank would come in and see if they were continuing.  Frank came in first and was going back out, then Jason came in refreshed and riding better now.  He bribed me with a beer to continue, darn peer pressure.  So after getting a new fresh kit on, lights mounted up out we went.  I do better at night and felt good even going into the last 25 miles of wind.  Felt good to be passing people again as opposed to being passed during the middle 2 legs.  Also felt good to be in an organized pace line again.  The last 25 miles as it was last year were fast and fun.  Jason and I dropped all of the group we rode with going north and let the wind push us into Emporia.  Ended the ride exhausted as opposed to how I felt last year.  I also ended up with second degree sunburn on my face and a few other spots.  This was even with sunblock on, but more due to the illnesses I had earlier this spring.  It did feel good to complete the DK 200 2 times in a row and definitely checked off one of my bucket list items...

Equipment for this race is crucial.  Rudy Project Magster sunglasses with Impactx Photochromic Multilaser Clear lense on the cloudy day kept everything sharp and clear vision wise.  Lens even took a couple of rocks thrown at me from the rear tires of other riders with no issue.  These lenses were the trick in overcast condition and into the night time ride.  I was also sporting a Rudy Windmax helmet.  Very light and comfortable for the ride.  No sore neck from wearing a heavy helmet and even with light mounted on top was still light.

On the bike I ran Ritchey Super Logic Evolution carbon handlebars, WCS Carbon Matrix 4 Axis stem and finally a Super Logic Carbon seat post.  These all took the edge off the rough roads and enabled me to endure over 14 hours on a bike.  From Crank Brothers I sported Candy 3 pedals and these worked flawlessly.

Tires are critical for the DK 200 and I ran the Kenda Kommando Pro SCT tubeless.  These tires rolled extremely well in all conditions on the day and I finished the race without having a flat.  The Kenda Iron Cloak belt really did the trick and was the primary reason I chose this tire over the Kenda Small Block Eight with the Iron Cap.  Both tires roll over gravel extremely well, but I think the Kommando will be my gravel tire with the Small Block Eight used for Cyclocross this year.
Though not a sponsor, I tried Magicshine 2200 lumen ligth on the bars for the night component.  Very inexpensive light and MTBR rated it as best dollar to lumen value.  Not having much time with this light I paired it with my Lupine Piko 600 Lumen light I used last year.  Boy is this light bright.  I put it on 2200 going down the hills at high speed and had no trouble seeing.   Then for the climbs I backed it down to low setting.  I did that to conserve battery life, since we were going to be out over 4 hours.  The Magicshine worked so well I turned off the Lupin and kept it as a backup.  If you need cheap, but good lights you can't go wrong with Magicshine.  The only downside is the battery is heavy and reminisant of older batteries from NiteRider.