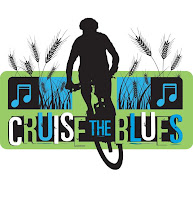 Doug and Tracey Palen own and operate Palen Family Farms located east of Tipton in North Central Kansas. Doug is a mountain bike enthusiast and has established 13 miles of trails winding through the creeks, pastures, native grass, and croplands on the farm. Saturday, August 30th, 2008, the Palens will host their 5th annual Cruise the Blues mountain bike festival. The day starts at 11:00 a.m. with a 5-hour ride and race. The day will continue with concessions and raffle drawings for cool stuff donated by our generous sponsors. We will conclude the day's festivities with an awards ceremony including trophies and cash prizes and top everything off with barn-burnin' live music. Cruise the Blues 2008 will again include the Cruiz´n Kids race for the younger riders, starting at 5:00 p.m. Come join us for a day the entire family can enjoy!

http://www.cruisetheblues.com/
Posted by Cow Town at 6:39 PM No comments:

Got some great news while reading KCBike.info. They are opening the levee for us all to enjoy. 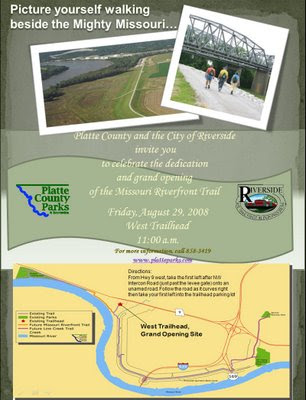 Posted by dirtdobber at 4:21 PM No comments: 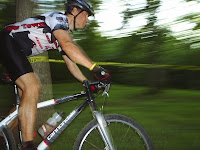 Another great showing by the Cow Town Cycling Team at the annual Rapture in Misery. In the Fast division the Cow Patties team (Ashley Blum, James Forristal and Brent Gowin) fought back from a fist lap mishap to take the class win with our Trail Grazers team (Craig Myers-Areth, Jeff Arnaud and Keith Baker) securing the final podium position. It was a tight battle for the entire 12 hour with the Trail Grazers leading for most of the day. Proving that in endurance racing the event is usually decided on the night laps, The Cow Patties team took over the lead after 12 hours of racing to secure the lead on the final lap.

In the Coed class our Mad Cow Stampede team of Gerard Arantowicz, Carolynn Locke and Chris Locke team placed second. All day long Gerard showed that he had great form after finishing the Wilderness 101. Carolynn's first RIM was a success for her as she completed two laps of the tough course. They also earned a special award with Mr. Locke winning the prize for the fastest night lap. 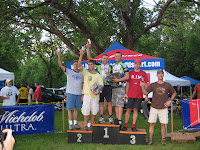 Rich Anderson Teamed up with Doug Stone in the 6 hour duo class and lead for most of the day. Rich, who was suffering from a back injury, posted some fast times with help from Kansas Siddhi Yoga's Gina Caputo. Gina worked with Rich after each lap to keep him going strong. Again it came down to the last lap where the lead was lost to the Bike Shack duo.

In the 6 hour solo division Mike 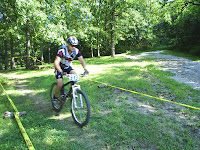 Classen never gave up and climbed up to 4th place after a mechanical and a bad crash. Eric Tiffany put in 5 hard laps to earn a top 10 spot.

Results and photos are up at Heartland
Posted by dirtdobber at 6:49 PM 2 comments:

"You can’t solve a problem until you can measure it." - late Senator Daniel Patrick Moynihan

The results of this ongoing world-wide survey will eventually be compiled, analyzed, and published here. In the meantime, below are links to a few other cycling safety related studies that may be of interest to you. It is worth noting, these studies are the result of compiling accident statistics from police reports or by performing a controlled experiment.

The NYCC Cycling Risk Assessment Study differs as the information collected is completely voluntarily and in most cases represents first hand accounts by the person experiencing the accident or someone closely related to such person. In turn it will provide more up-to-date research as most of the studies cited below are at least 7 years old.