Team 360 brought us two days of fine racing in Lawrence, Kansas.  Centennial Park was again the location for this years 360 Cup.  This years course used the majority of the park and navigated around its 18 hole disk golf course.   The course featured many tight switchbacks that lead to long straights and plenty of climbing.  It was a power riders course for sure.

Some rider highlights below... 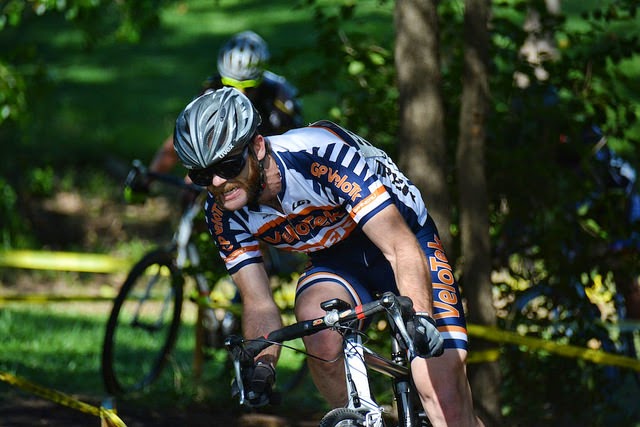 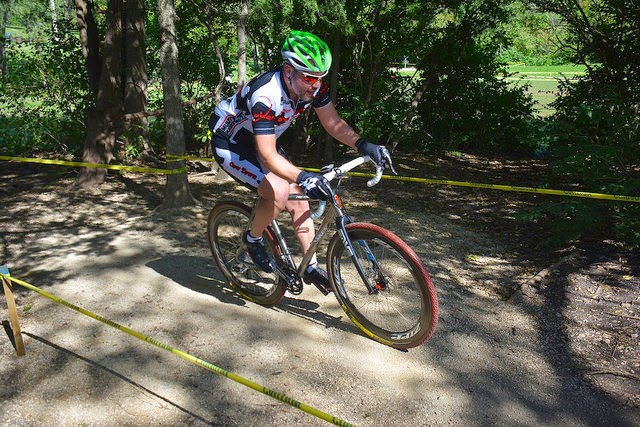 Word on the street is that David Wathen is looking for a new mechanic after a chain mishap cost him dearly in the Men's Cat 3 race held on Saturday. 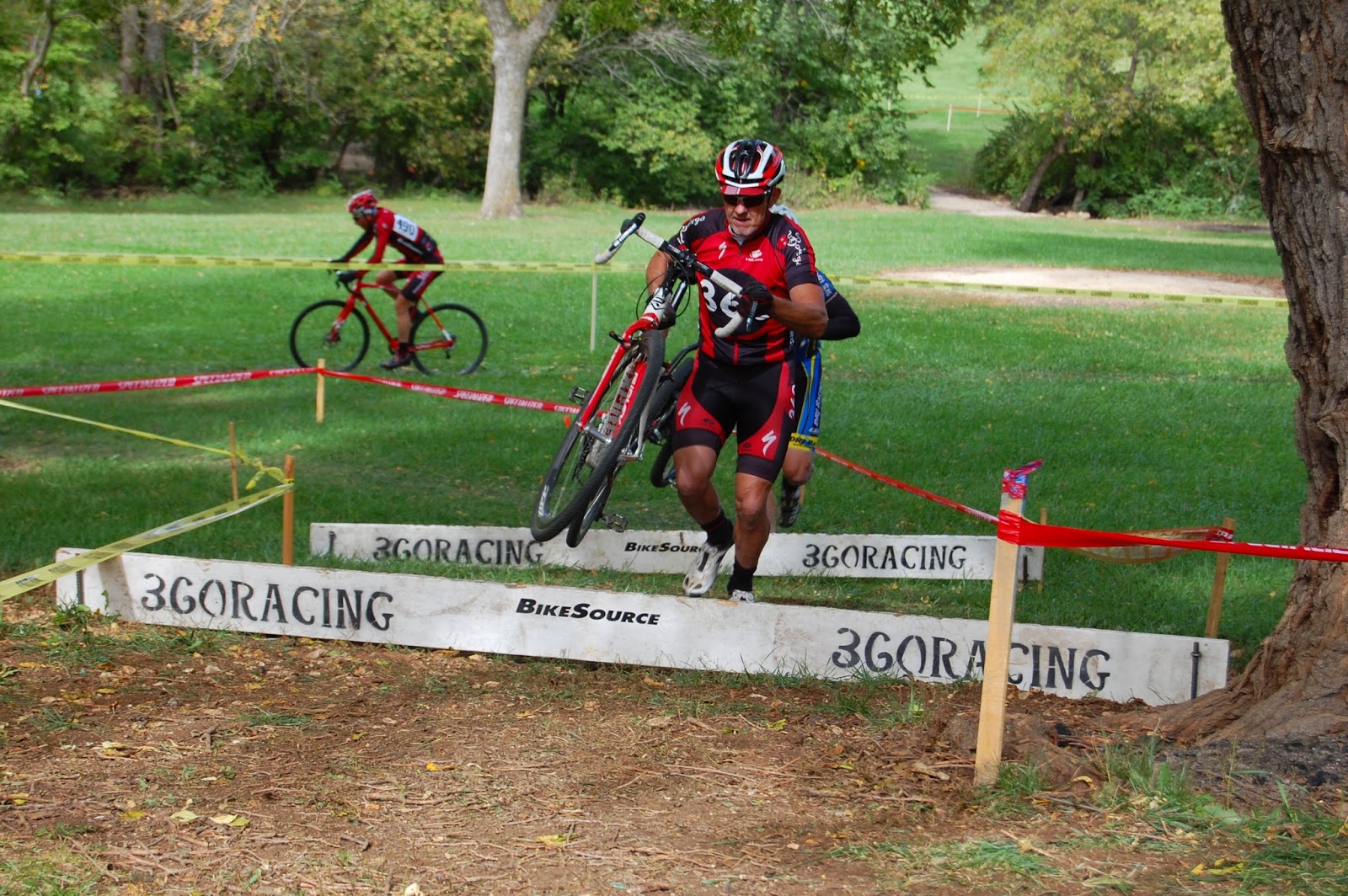 2014 National Mountain Bike Masters 60+ champion  Doug Long proved his versatility as he took another win in the Masters 60+ class only this time in cyclocross.  Heck, we do believe he could win the 50+ class if he entered that. Doug pulled double duty and helped his team with the event and raced. Our money is on Doug winning another championship come January. 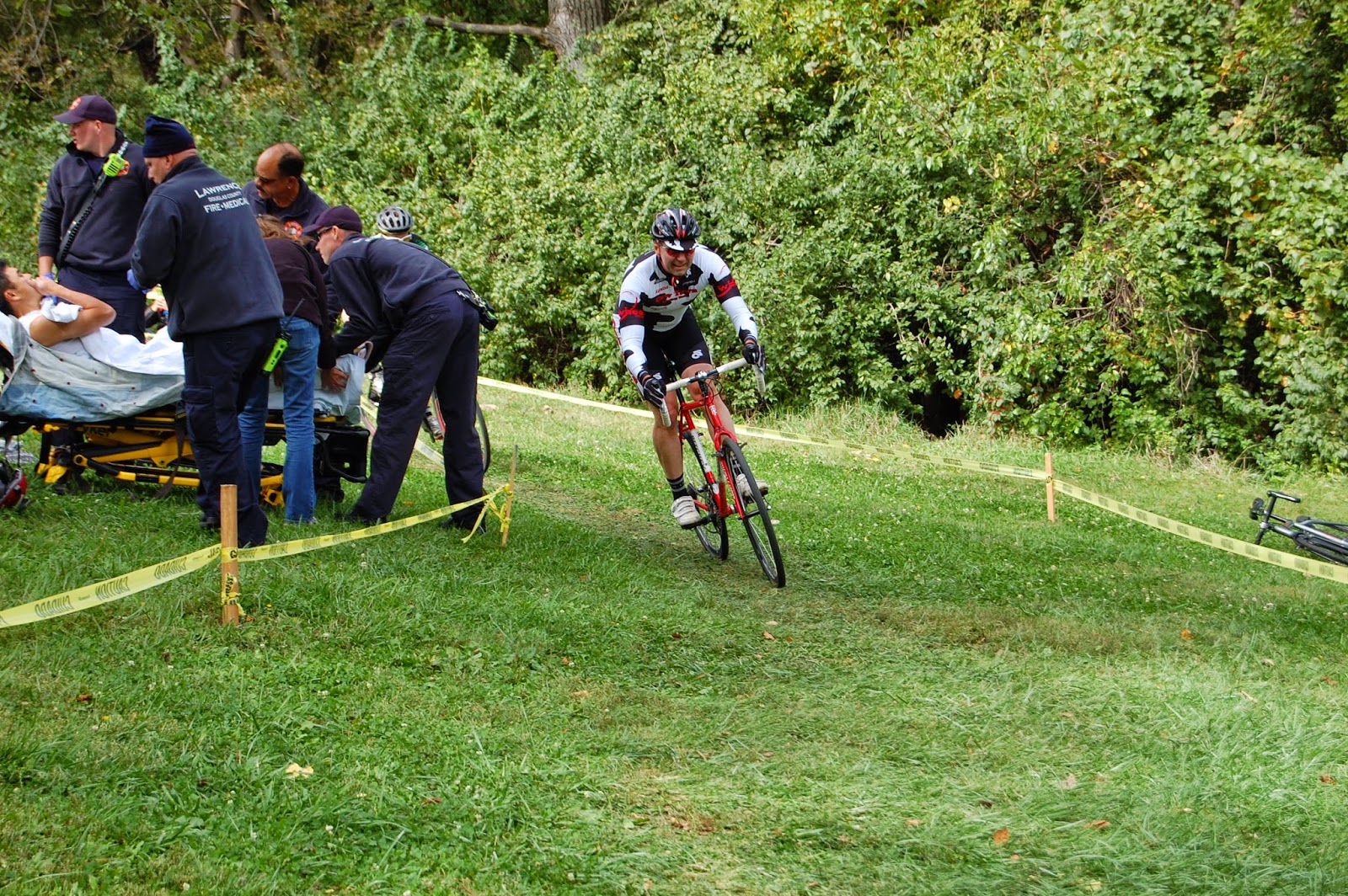 Chris Locke navigates around the medical staff in route to 9th in the Masters 40+ class.  The course contained many tight switch backs that caused some riders troubles.  "I never saw so many crashes in a cross race" said Locke.  "It got me thinking about heading back to Hare Scrambles where it is safer and less rocky". 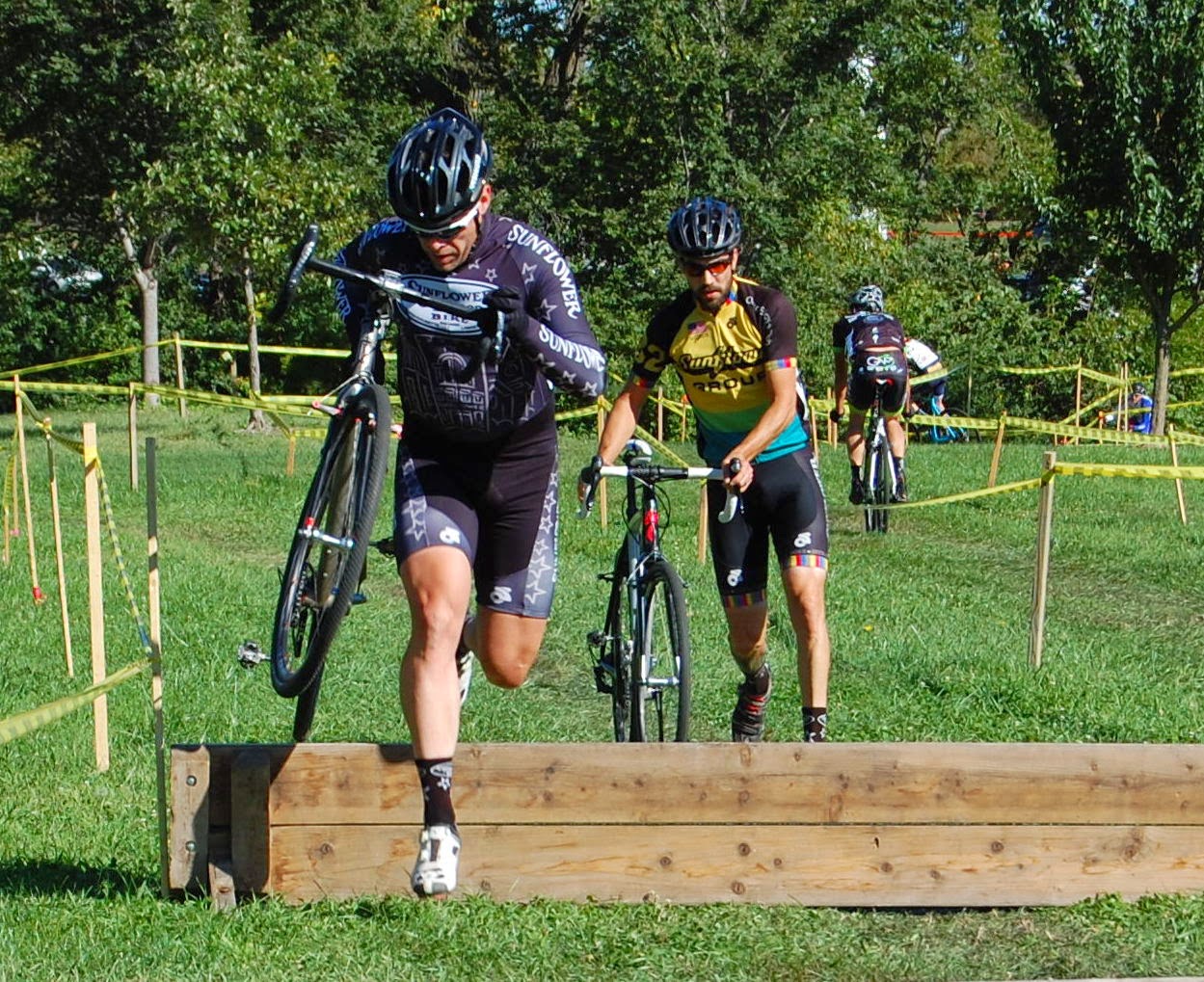 Four time DK 200 winner Dan Hughes won the Men's Cat 4/5 class for the second time this season.  Usually a distance racer Dan is finding this cross stuff is no big deal and usually doubles up with two classes on a given Sunday. 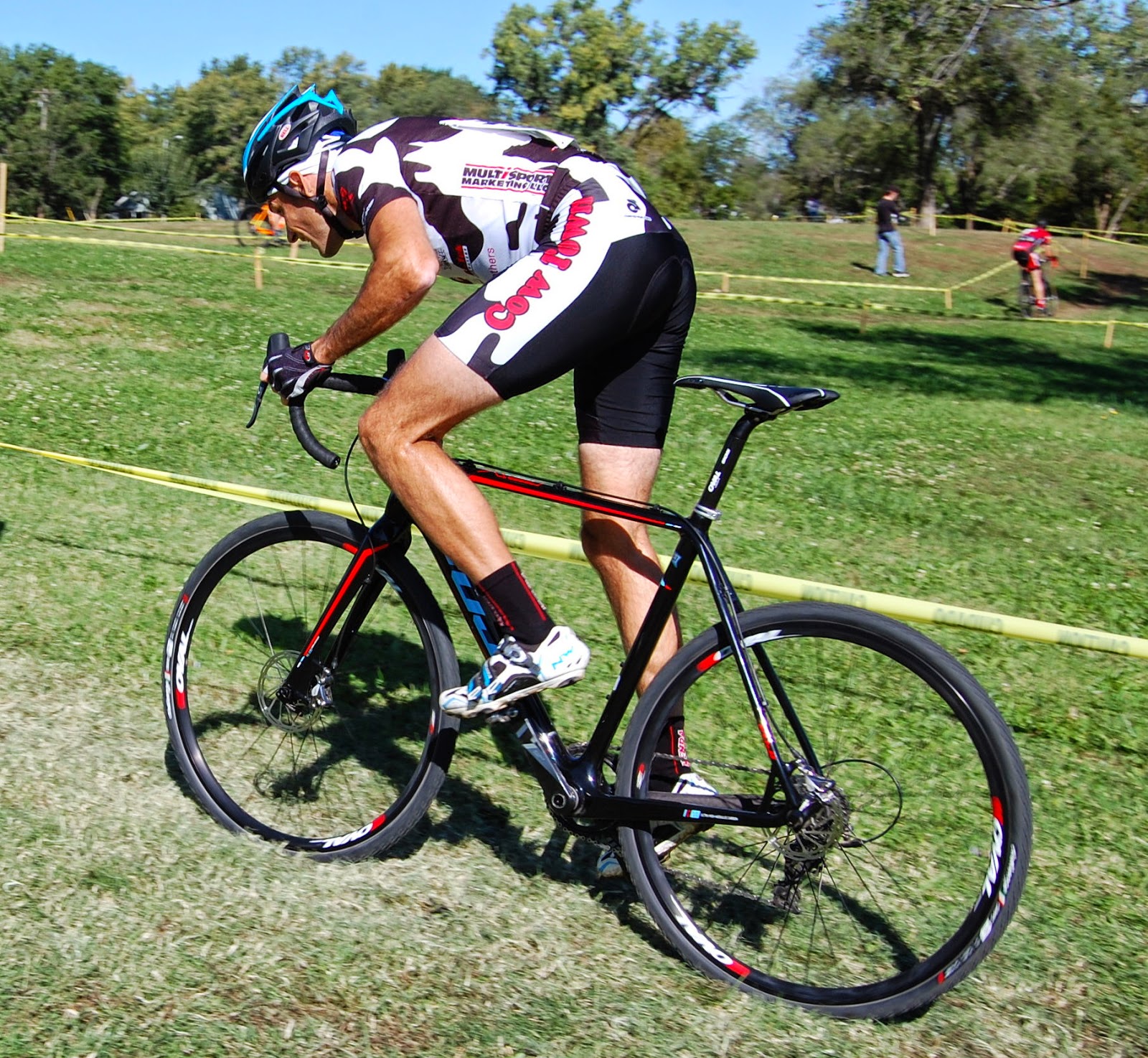 Doug Stone powered his way to another podium finish in the Men's Masters 40+ division.  Here Doug is seen chasing eventual winner Rick Moseley.  These two have been battling hard the last couple of races. 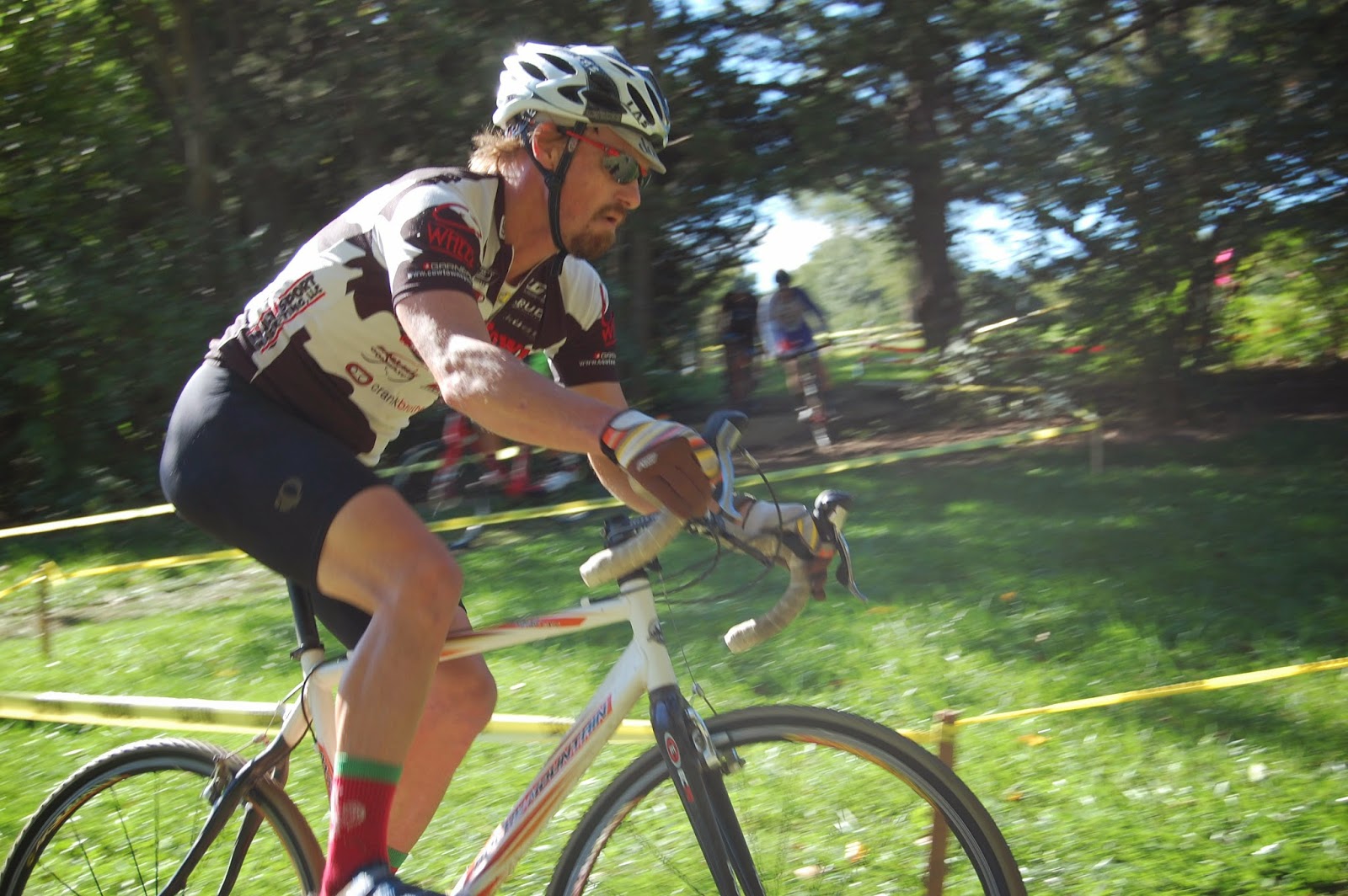 Cow Town's Shane Jones who usually can be found riding his Single Speed mountain bike at local trails brought out his old trusty gravel rig and fought his way to 10th place in the competitive Men's Cat 4/5 class. 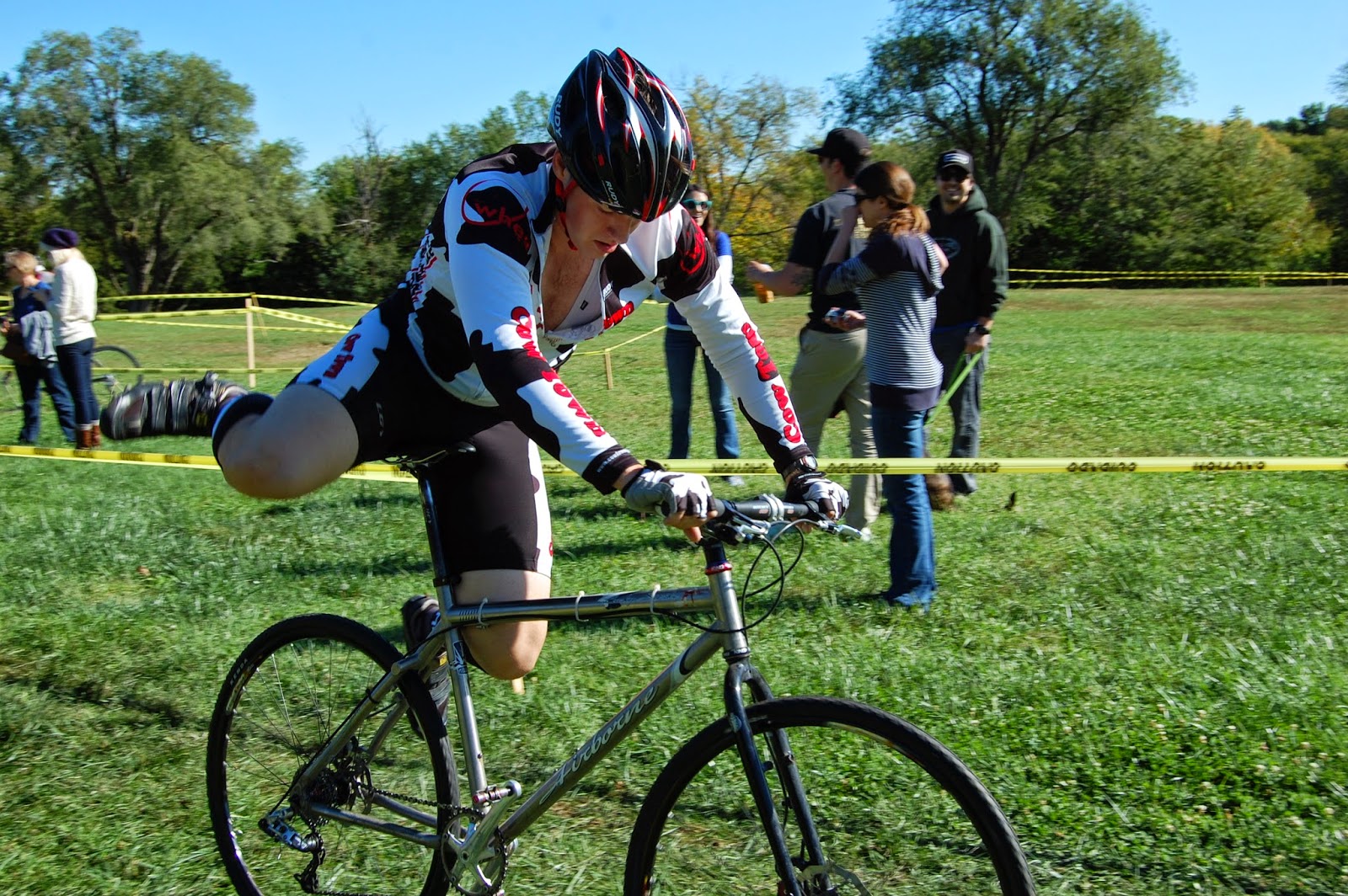 Christopher Locke Jr. might have damaged his family jewels on this remount and finished off the pace in 21st place.  "I think I might have to start training some and practice my dismounts before I hurt myself" said Locke. 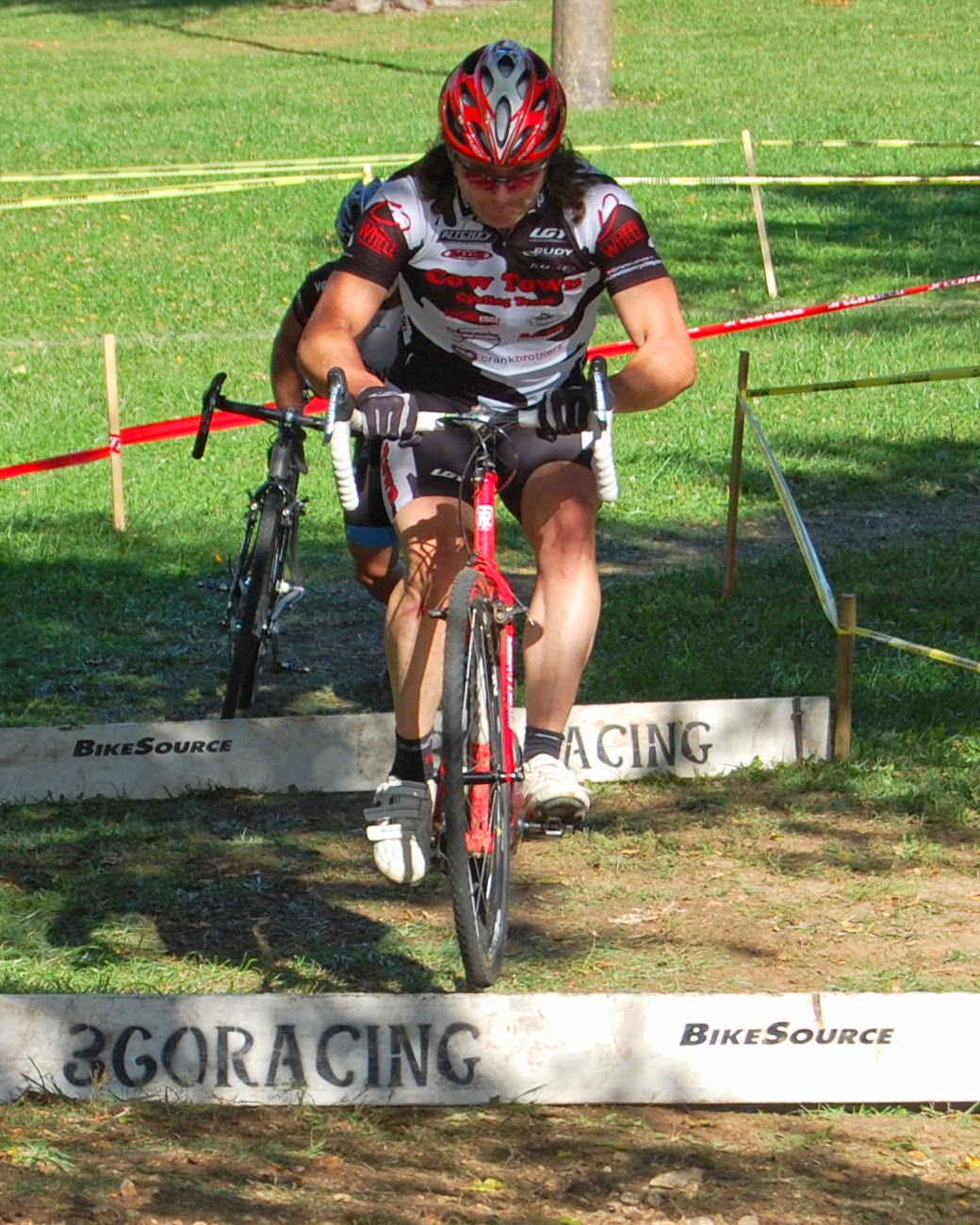 Not wanting to damage his "Jewels" Chris Locke Sr. decided to ride over the barriers in route to a 7th place finish during Sunday's Masters race.